Broom grows in the following 17 states:

The name of the Plantagenet royal line is derived from this genus, being a dialectal variation of planta genista.They are mainly deciduous shrubs and trees, often with brush-like foliage, often spiny to deter grazing, and masses of small, pea-like yellow blooms which are sometimes fragrant. Many of the species have flowers that open explosively when alighted on by an insect, the style flying through the upper seam of the keel and striking the underside of the insect, followed by a shower of pollen that coats the insect.Genista /dnst/ is a genus of flowering plants in the legume family Fabaceae, native to open habitats such as moorland and pasture in Europe and western Asia. They include species commonly called broom, though the term may also refer to other genera, including Cytisus and Chamaecytisus. Brooms in other genera are sometimes considered synonymous with Genista: Echinospartum, Retama, Spartium, Stauracanthus, and Ulex. 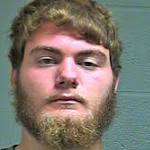 Artisanal brooms exist, and they can cost $350
Vox

Fleet of cars stolen from Broom barn
The Comet

How Did Brooms Become the New Ceramics?
New York Magazine

How Hong Kong's Regina Ip got her 'Broom Head' nickname, and why the household item arouses such superstition
South China Morning Post 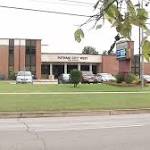