Genista monspessulana (syn. Cytisus monspessulanus or Teline monspessulana) also known as French broom, Montpellier broom and Cape broom, is a woody perennial shrub and a legume. The species is native to the Mediterranean region, and is considered an invasive plant in most places where it has been introduced.

French broom, Genista monspessulana, grows to 1-2.5 metres (3ft 3in-8ft 2in) tall, with slender green branches. The leaves are evergreen, trifoliate with three narrow obovate leaflets, 1-2 centimetres (0.39-0.79in) long. The flowers are yellow, grouped 3-9 together in short racemes. Like other legumes, it develops its seeds within a pod. The pods are 2-3cm long, tough and hard, and are transported easily by flowing water and animals. They burst open with force, dispersing the seeds several metres. The plant begins seed production once it reaches a height of approximately 40 centimetres (16in), and each plant can live for 10-20 years. One mature plant can produce 10,000 seeds per season. The generous seed production and the plant's ability to re-sprout after cutting or burning help it to invade new habitat vigorously when introduced.
It is related to the common broom and Spanish broom. This suite of plants is common in European shrublands. French broom was originally distributed throughout Mediterranean Europe and northwest Africa, the Azores, and the Canary Islands. Due to its lower tolerance for frost than other broom species, it is common in warmer, lower elevation areas. It is found on coastal strips and in sunny inland areas, and does best with plentiful rainfall and sandy soils.
When introduced to a new area, French broom can become an invasive plant. Its reproductive vigour and preference for Mediterranean climates make it a very successful species in California and the Pacific Northwest, where it is considered a severe noxious weed, covering over 40,000 hectares. It is even more widespread in Australia, where it covers 600,000 hectares and is also considered a noxious weed.
The plant often outcompetes native vegetation, forming dense fields where other species are almost completely crowded out. Stands of French broom can be so thick that they make meadows and pastures useless for wild and domestic animals. Other harmful effects include its ability to shade out tree seedlings in reforested areas, its tendency to catch fire, and the toxicity of its leaves and seeds, which contain alkaloids poisonous to many large domestic animals.

Catch and release: Writer Jared Brey takes us all on an adventure in urban falconry
PW-Philadelphia Weekly 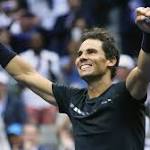 Bill Ellzey: The rougarou is headed to a town near you
Houma Courier

Jens Voigt interview: Some times during my cycling days, I was more dead than alive
Firstpost

Getting Real About Replica And Lookalike Furniture
Forbes

Todd's Baby Boomer Trivia: On being a Mets fan, and playing stickball and Skelly
MyCentralJersey.com

The Cabinet is close to fracturing... May's pushed them too far, writes DAN HODGES
Daily Mail