Grewia grows in the following 2 states:

The genus was named by Carolus Linnaeus, in honor of the botanist Nehemiah Grew (1641-1712) from England. Grew was one of the leading plant anatomists and microscope researchers of his time, and his study of pollen laid the groundwork for modern-day palynology.The large flowering plant genus Grewia /rui/ is today placed by most authors in the mallow family Malvaceae, in the expanded sense as proposed by in the APG. Formerly, it was placed in either the linden family (Tiliaceae) or the Sparrmanniaceae. However, these were both not monophyletic with respect to other Malvales - as already indicated by the uncertainties surrounding placement of Grewia and similar genera - and have thus been merged into the Malvaceae. Together with the bulk of the former Sparrmanniaceae, Grewia is in the subfamily Grewioideae and therein the tribe Grewieae, of which it is the type genus.

Several Lepidoptera caterpillars are found to feed on Grewia species. These include the Common Nawab (Polyura athamas) and the swift moth Endoclita malabaricus. The Bucculatricidae leaf miner Bucculatrix epibathra is apparently only found on G. tiliaefolia.
The parasitic wasp Aprostocetus psyllidis of the Eulophidae occurs on and around Phalsa (G. asiatica). Its larvae are parasitoids of other insects - possibly pests of the plant, but this is not known for sure.
Several species, namely Phalsa, are known for their edible fruit, which are of local commercial importance. The astringent and refreshing Grewia drupes are particularly popular in summertime. Folk medicine makes use of some species, which are reputed to cure upset stomachs and some skin and intestinal infections, and seem to have mild antibiotic properties. G. mollis is reputed to contain -carboline alkaloids, though whether such compounds occur in other species too and whether they are produced in quantities to render the plants psychoactive has not been thoroughly studied.
Some species once placed in Grewia (or genera synonymous with it) have since been moved elsewhere, particularly to Microcos: 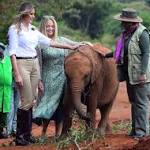