Leonotis leonurus, also known as lion's tail and wild dagga, is a plant species in the Lamiaceae (mint) family. The plant is a broadleaf evergreen large shrub native to South Africa and southern Africa, where it is very common. It is known for its medicinal and mild psychoactive properties. The main psychoactive component of Leonotis leonurus is leonurine. The name 'wild dagga' links it closely to cannabis as 'dagga' derived from the Khoikhoi 'dachab' is an indigenous South African name for cannabis species.

The shrub grows 3 to 6ft (1 to 2m) tall by 1.5 to 3.5 feet (0.46 to 1.07m) wide. The medium-dark green 2-4 inches (5.1-10.2cm) long leaves are aromatic when crushed. The plant has tubular orange flowers in tiered whorls, typical to the mint family, that encircle the square stems. They rise above the foliage mass during the summer season, with flowering continuing into winter in warmer climates.
A white variety (known colloquially as 'Alba') and a yellow variety also exist.
In its native habitats Leonotis leonurus attracts nectivorous birds (mainly sunbirds), as well as various insects such as butterflies. The flowers' mainly orange to orange-red colour and tubular shape are indicative of its co-evolution with African sunbirds, which have curved bills suited to feeding from tubular flowers.
Leonotis leonurus is cultivated as an ornamental plant for its copious orange blossom spikes and accent or screening qualities for use in gardens and parks. It is a moderate drought tolerant plant, and a nectar source for birds and butterflies in landscape settings.
Lion's tail can especially be found in other subtropical and Mediterranean climate regions beyond South Africa such as California, Hawaii, and Australia where it has naturalized in areas. In cooler climates it is used as an annual and winter conservatory plant.
The main active component leonurine has both antioxidant and cardioprotective properties and has shown to significantly improve myocardial function.
One experimental animal study suggests that the aqueous leaf extract of Leonotis leonurus possesses antinociceptive, antiinflammatory, and hypoglycemic properties.
An animal study in rats indicated that in high doses, lion's tail has significant toxicological adverse effects on organs, red blood cells, white blood cells and other important bodily functions. Acute toxicity tests in animals caused death for those receiving 3200mg/kg dose. At 1600mg/kg extract led to changes in red blood cells, hemoglobin concentration, mean corpuscular volume, platelets, and white blood cells.
The infusions made from flowers and seeds, leaves or stems are widely used to treat tuberculosis, jaundice, muscle cramps, high blood pressure, diabetes, viral hepatitis, dysentery, and diarrhoea. The leaves, roots and bark are used as an emetic for snakebites, bee and scorpion stings. The fresh stem juice is used as an infusion drunk for 'blood impurity' in some places of South Africa.
The dried leaves and flowers have a mild calming effect when smoked. In some users, the effects have been noted to be similar to the cannabinoid THC found in Cannabis, except that it has a much less potent high. It has also been reported to cause mild euphoria, visual changes, dizziness, nausea, sweating, sedation and lightheadedness.
It is sometimes used as a Cannabis substitute by recreational users as an alternative to illegal psychoactive plants.
Leonotis leonurus is illegal in Latvia since November 2009. It is Schedule 1 drug. Possession of quantities up to 1 gram are fined up to 280 euro. Possession and distribution of larger quantities can be punished with up to 15 years in prison.
Leonotis leonurus was banned in Poland in March 2009. Possession and distribution lead to a criminal charge.
Leonotis leonorus is not currently scheduled under federal law in the United States.

Betting Jimmy Garoppolo and the 49ers vs. the Ear Pencil Of Power
NBCSports.com 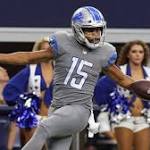 Why Did An Octopus-Wielding Seal Slap A Kayaker In The Face?
NPR

How Lions coach Matt Patricia drew his map to the NFL
MLive.com

Lemon on DeVier Posey | “I've been in his ear every day the last few weeks.”
BC Lions

Examining the roster ties between Patriots, Lions ahead of Week 3
Pats Pulpit

Five things to watch: Lions vs. 49ers
The Detroit News 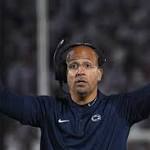 Easier said than done: how does Penn State go from 'great' to 'elite?'
SB Nation